The role of the valve positioner is to use the feedback principle to improve the performance of the actuator, so that the actuator can achieve accurate positioning according to the control signal of the controller. The function of the handwheel mechanism is that when the control system fails due to power failure, gas failure, controller output or actuator failure, it can directly control the control valve to maintain the normal production. 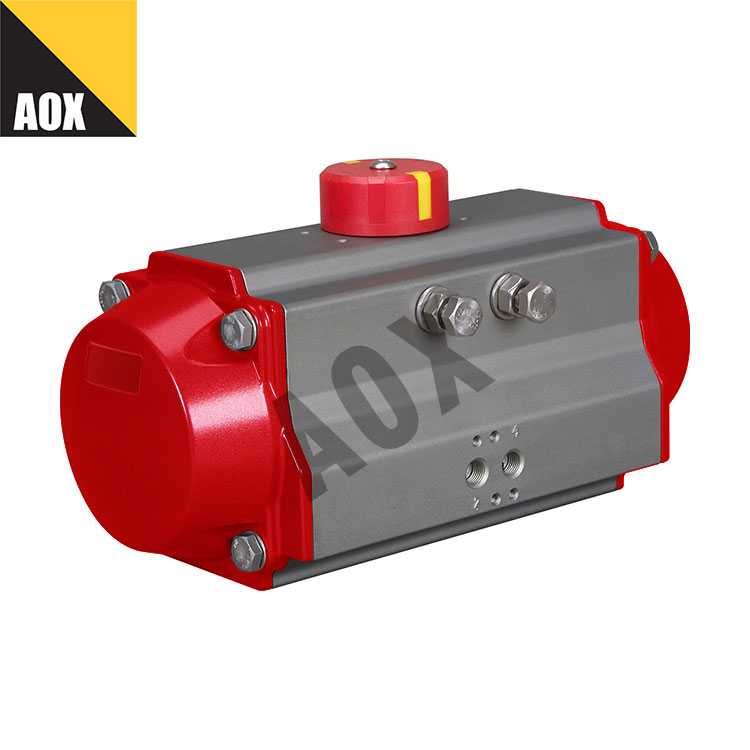 1. The rated output force or torque of the pneumatic device should meet the requirements of GB/T12222 and GB/T12223

2. In the case of no-load, input the air pressure according to "Table 2" into the cylinder, and its action should be smooth without jamming or crawling.

3. Under the air pressure of 0.6MPa, the output torque or thrust of the pneumatic device in both directions of opening and closing should not be less than the value indicated on the pneumatic device label, and the action should be flexible, and no permanent deformation and any parts are allowed. Other abnormal phenomena.

5. For the strength test, 1.5 times the maximum working pressure is used for the test. After the test pressure is maintained for 3 minutes, no leakage or structural deformation is allowed on the cylinder end cover and static sealing part.

7. The pneumatic device with buffer mechanism, when the piston moves to the end position of the stroke, no impact is allowed.